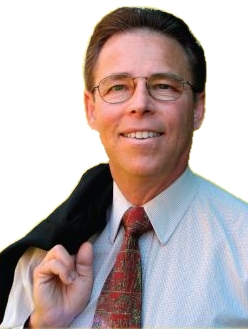 “Peter is a Breath of Fresh Air”.

Peter is a successful businessperson with 30 years experience in the computer field. He has a broad spectrum of business and life experience. He has innovative approaches to problem solving and issue resolution.
Peter has an extensive knowledge and understanding regarding fiscal responsibility.

Peter represented the residents of Pickering while assisting Jennifer O’Connell in her successful federal campaign as her fiscal manager and Official Agent.

Peter proudly served as Regional Councillor for Ward 3. He is well known to council and city staff due to his participation throughout the city. He attends most council meetings and is no stranger to Planning, Works and Executive Committees and Town Hall Meetings of Durham Region and the City of Pickering.

He is an outspoken activist who has participated at many resident-initiated events.

Peter believes in leading from the front, by being actively engaged and spending many hours working to improve his community.

He was awarded the Queen’s Diamond Jubilee Award in recognition for his efforts and successes in many issues. He seeks what is best for the residents of Pickering. As an activist he feels that it is a duty to serve his community, by participating in building stronger relationships among the residents.

Peter worked with prominent groups such as Stop the Stink, a group opposed to the expansion of the southeast collector sewer, basically a pipe that ships York’s sewage to Pickering for treatment. He continues to be actively involved in Land Over Landings, a group opposed to an airport situated in Pickering, and would rather for the land to be used for agricultural purposes instead.

He also sat on the Heritage Pickering Advisory Committee; quite fitting as he’s a resident of a very historic part of Pickering. Plus, he worked on the Doors Open project for Pickering’s Bicentennial in 2011.

He participated in Pickering Blooms, volunteers his time with his community centre, raises a few chickens and enjoys farm fresh eggs.

With a degree in philosophy and 30 years working experience in the computer field, he has a broad spectrum of life and business experience. He has innovative approaches to problem solving and issue resolution.

While door knocking, Peter successfully helped a family resolve an issue regarding Workers’ Compensation and reached out to a senior who had recently been assaulted and helped her get the important follow-up medical care that she needed.

Peter Rodrigues has a proven record of representing residents and serving the community’s needs. He is very accessible and deals directly with residents’ concerns. He always strives for improvements and will guide Pickering in the future direction desired by residents.

Peter proudly served as Regional Councillor for Ward 3. He is well known to council and city staff due to his participation throughout the city and is an outspoken activist who has participated at many resident-initiated events. [More]